~The Zen of Python, by Tim Peters

Your exceptions should say exactly what went wrong. While those provided by programming languages are good, they are too general and are not specific to your codebase.

The reason you want to do this is that you can handle different types of exceptions in different ways and it is much easy to know exactly what went wrong from the logs.

In most programming languages creating exception is easy. Just inherit from the main Exception class which should be enough for most cases.

Always know why you are catching an exception…

… or just don’t catch it (throws to the caller)

if you are not going to do anything with the exception don’t catch it just throw it.

Don’t add throw exception in the catch block. Use throws while declaring the function instead.

In if-else statements or switch cases, it is always good to have a default case which will execute if no other condition is true.

If something is not possible or not supported then: 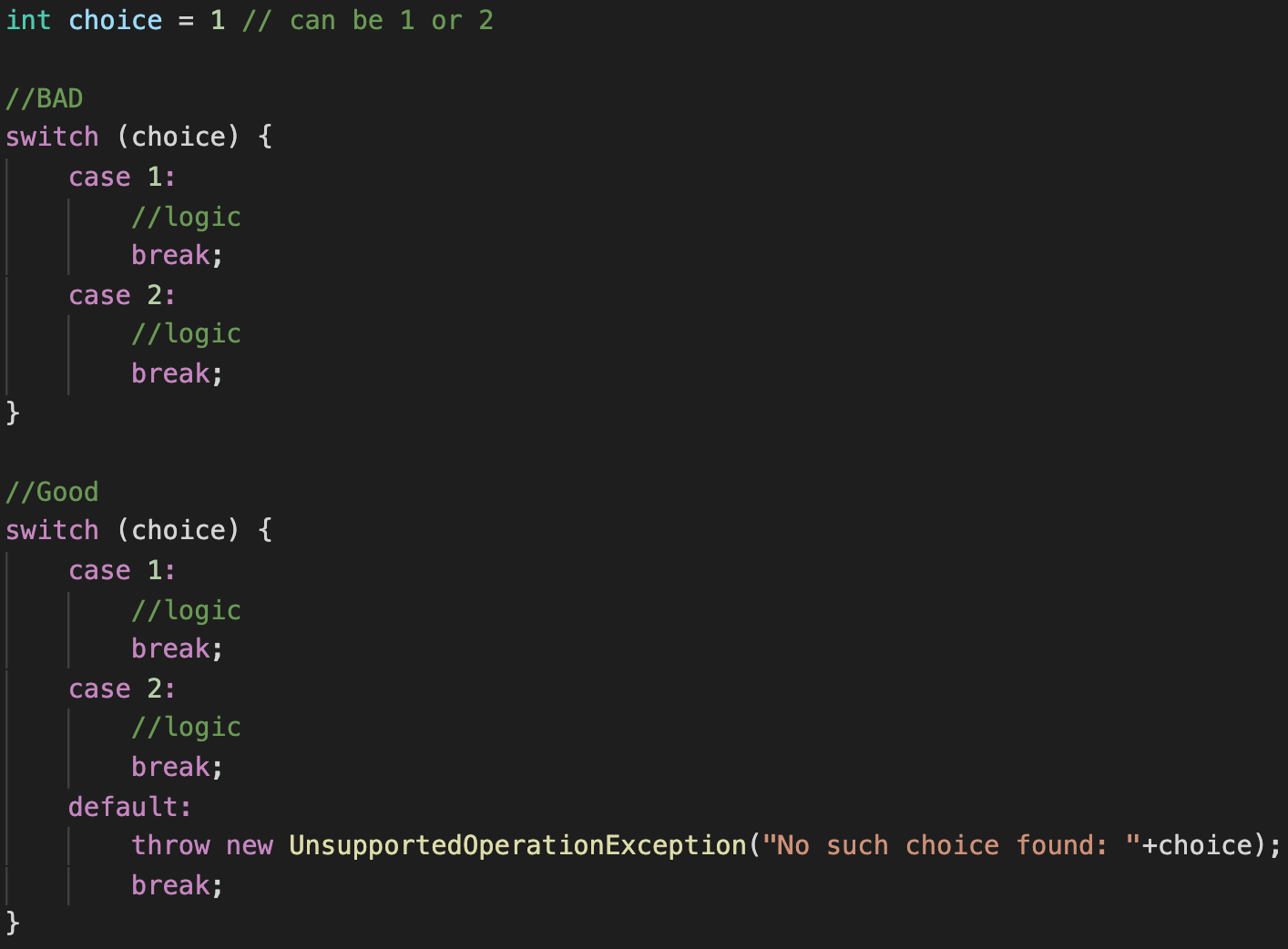 These allow you to have the same exception handling mechanism in case you have not explicitly handled the exception.

The most basic thing to do here is logging the exception.

Next: Leave code better than you found it.

« Remove un-necessary code Leave it better than you found it »