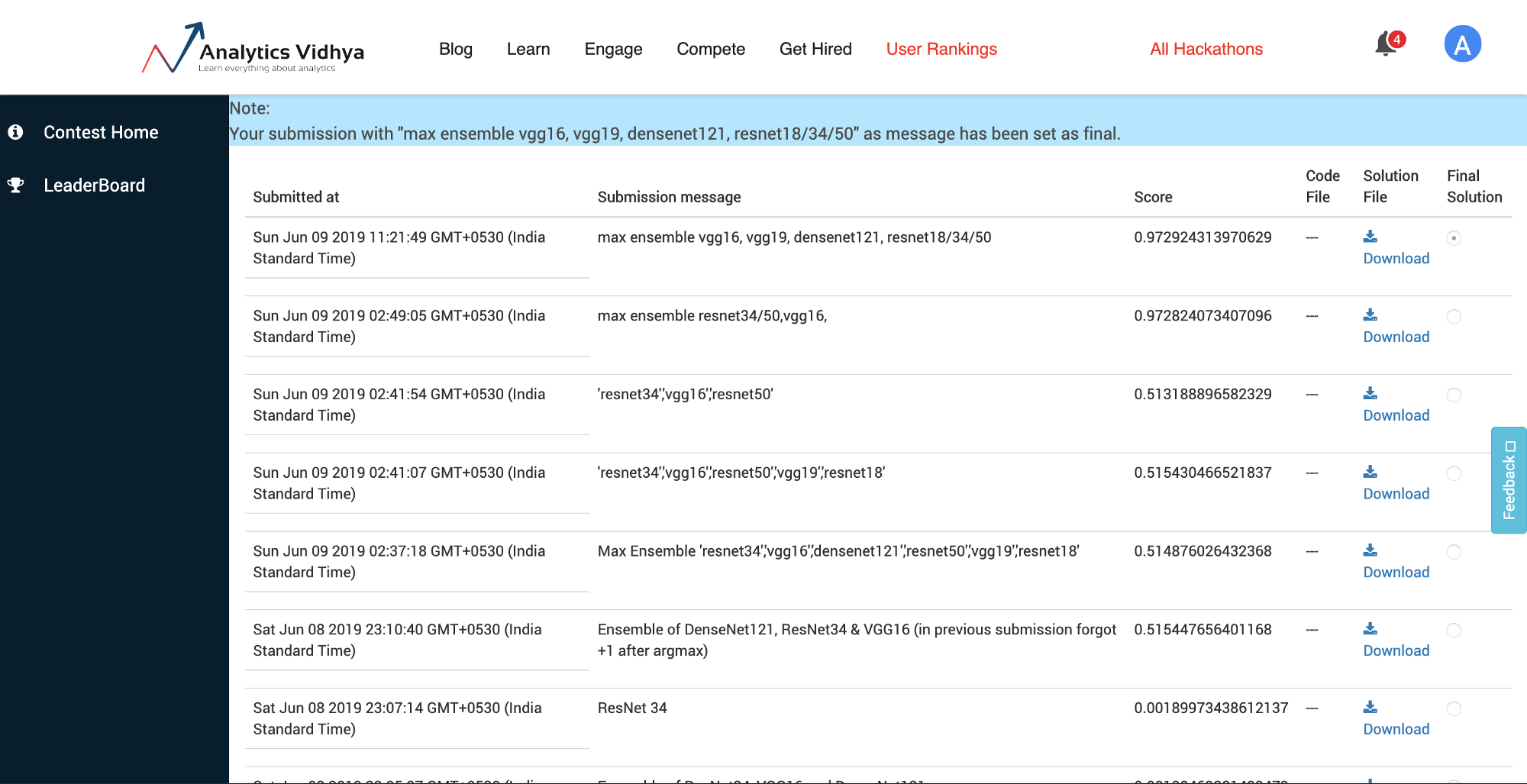 Before this, I had only practiced 2 lessons from Fast.ai and watched the first 5 lessons.

After the contest, I saw other participant’s approaches and found that their approach was much clearer and cleaner than mine.

Therefore, I decided to complete Fast.ai’s Deep Learning for Coders.

The contest was a month ago from this writing. I had the time to really sit and figure out what went well and what didn’t.

Here was my approach which I did in stages:

1. Make a simple resnet50 model. And make sure input and output submission file are correct.

2. Improve the model. I found that the images were black and old. But the number of images were less and we cannot use external data so my solution was.

After I had all the outputs from different models.

I used the output CSVs to make a max ensemble.

(You will see that I have renamed file names to be ‘modelname’.csv in ensemble folder and the output file is ‘simple.csv’)

Should have used discriminative learning rate.

Use metrics used in the contest

Kind of dumb to mention this: I did not use the F1 score. Rather relied on accuracy.

Look at the data and use good augmentation 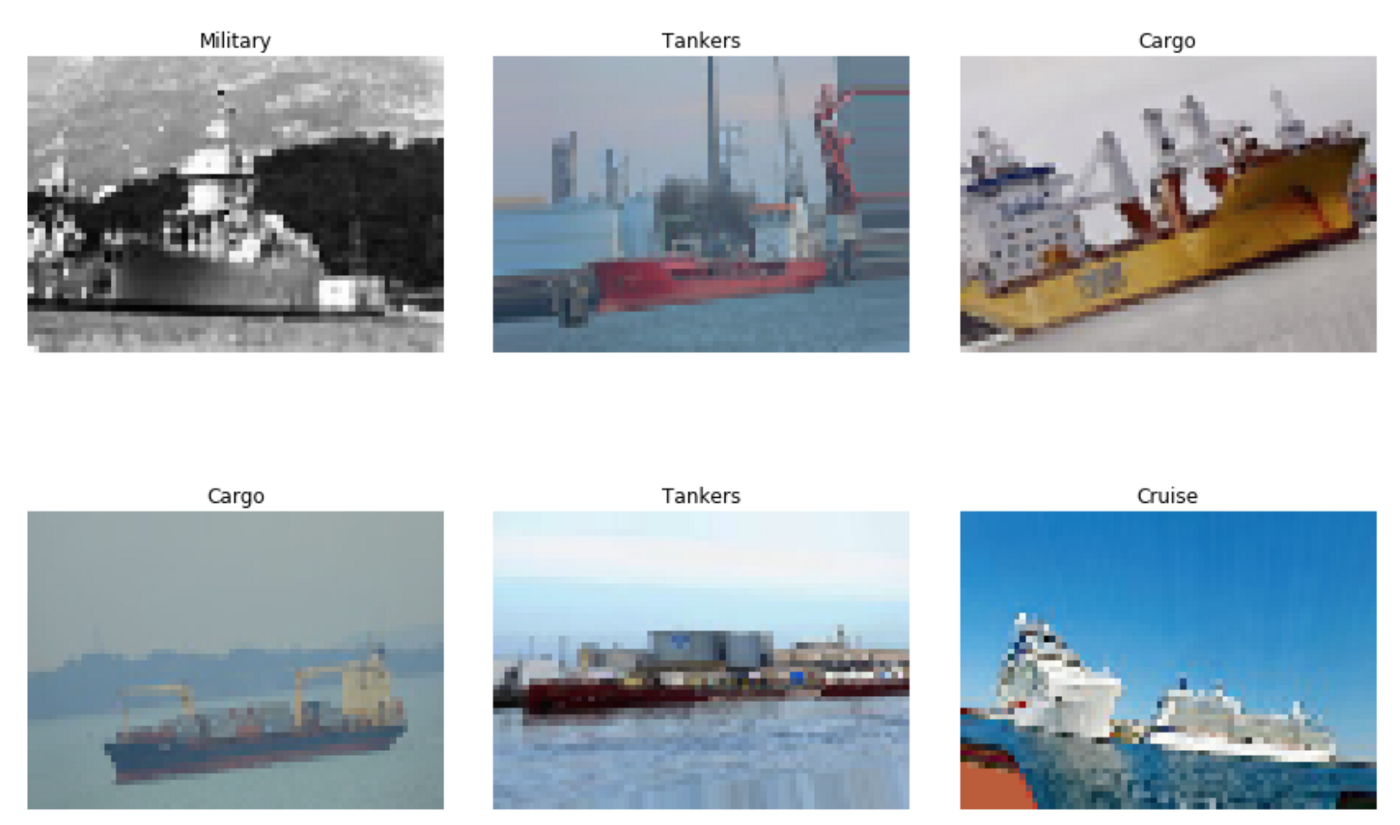 My model was not performing well. 93–94% accuracy was the limit.

I buffed up every transformation. And it started reaching 96+. Warping helped a lot. 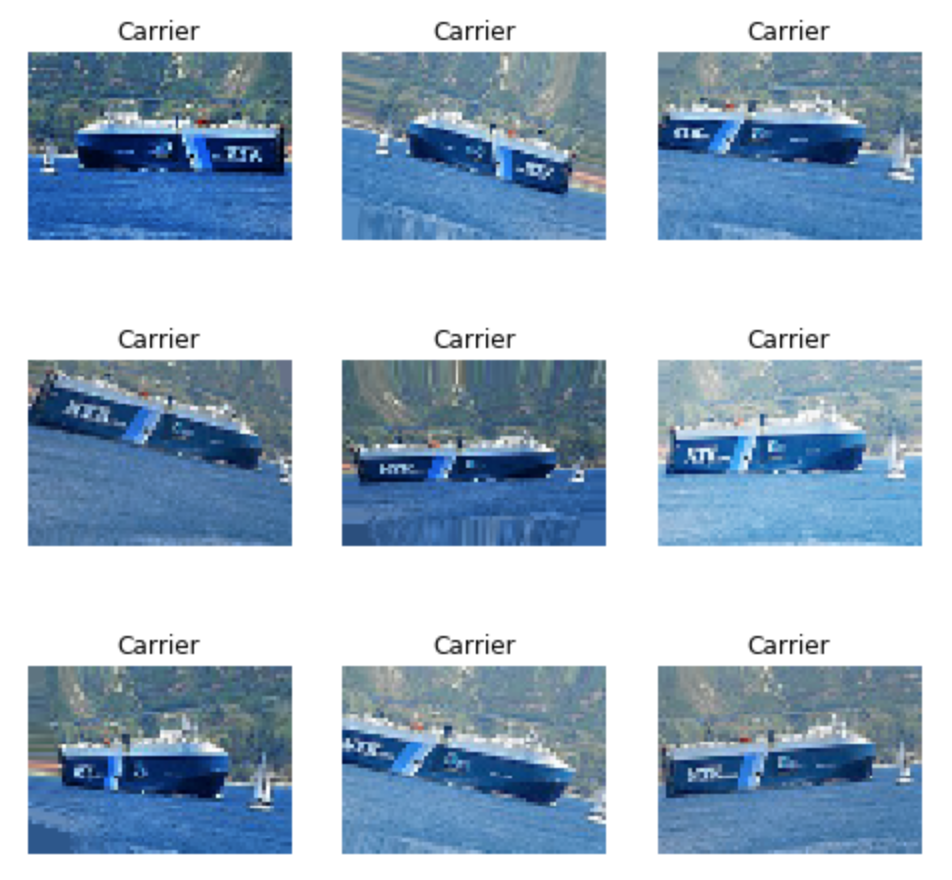