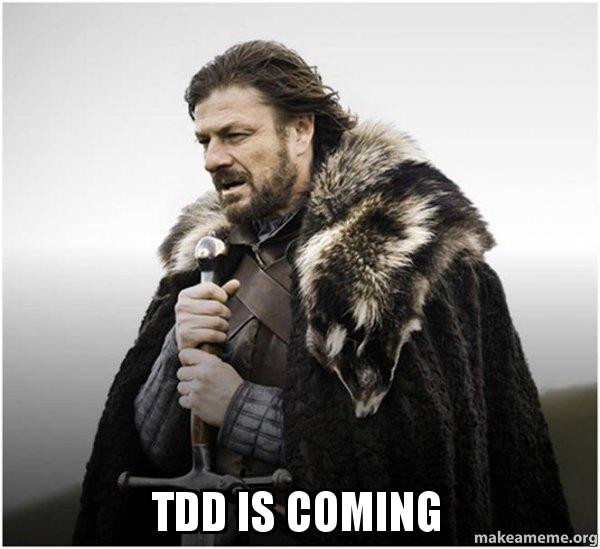 TDD need not be a big deal. It can seem cubersome but there are mindsets and tools that can make transition smoother.

TDD is shown to reduce defectsby a large margin. Tests will save you time in the long run.

You have successfully completed this question!

By writing your tests first, you are defining expections you have with your code early on. This leads to cleaner code.

The opposite is you write code and then you try to create tests. It’s hard to decide what to test when you are writing tests later. If you write tests later, you do it for what is working.

Both tests and code written with TDD is cleaner and precise.

The Three Laws of TDD

I have written a detailed blogpost on how I do TDD.

Usually TDD can be cumbersome because:

1. TDD is a todo list of feature to do

By writing test first, you get clear on what you want to implement. This leads to better design.

Also, initially it’s hard to think about what to do. All tests essentially fix the inputs/external conditions to the method and verify either the output or internal state change caused by the method.

method/when/should can also be helpful here.

TDD only that much functionality and nothing more. Only test what’s within the class. not outside it.

Also, when deciding to learn a piece of code, read both code and the tests.

2. Switch between testing and code easily

In intellij press Ctrl + Shift + T for vs code : https://marketplace.visualstudio.com/items?itemName=Acino.jump-source

On local: have tests run automatically after each save

Given when tehn Search for libraries that make easier to test

Yeah. It takes times to learn. TDD/any development practice is easier when whole company is aiming at it or enforcing it.

1. Don’t start the application. Verify everything by writing tests.

This works for test after code too. But specially works for TDD.

Instead of verifying by starting the application then going to browser or database, verify by writing and running the test.

Starting the application and testing is usually a longer process than writing a test. Plus, their is a compounding time saving when rerunning the test instead of manual verification.